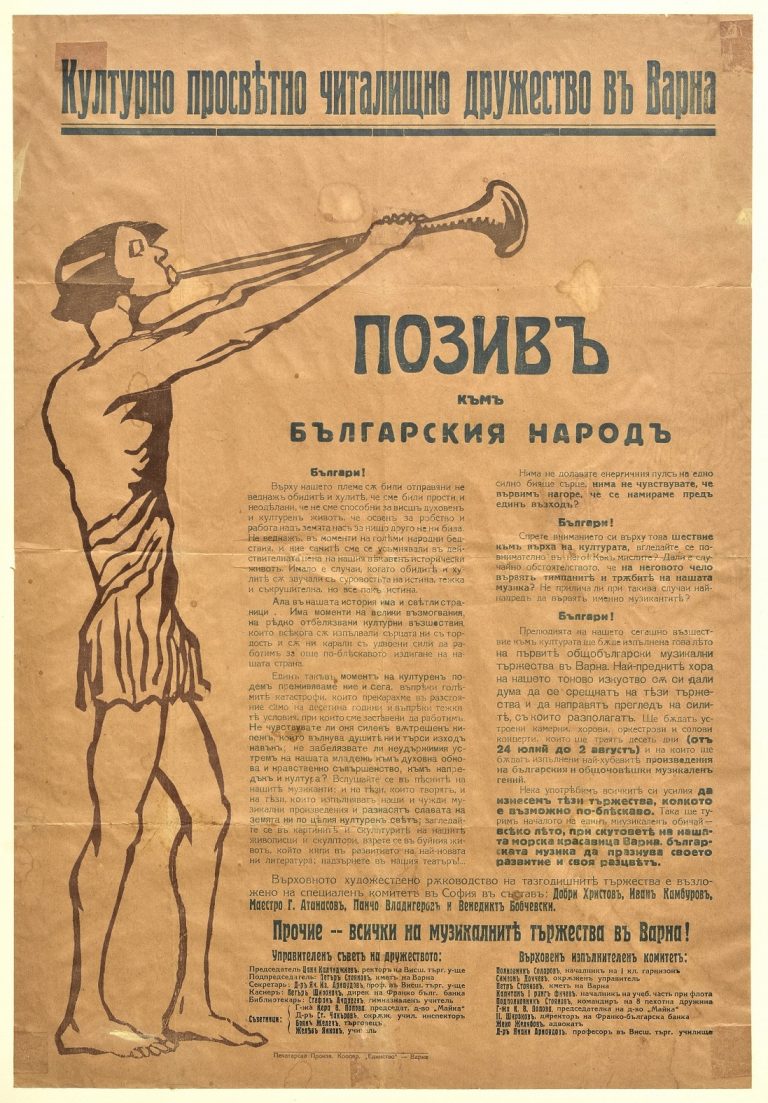 In 1926, in Varna, the beginning of the first Bulgarian festival was established – “People’s Summer Music Festivities”. Among the founders was Pancho Vladigerov. At the same time, he worked in Germany and Austria. His close creators with similar views were Richard Strauss, Hugo von Hofmannsthal and Max Reihardt. They had just created the contemporary Salzburg Festival “in the heart of postwar Europe”.

Several years later, in Varna, following the example of Salzburg, musicians, artists, writers, university teachers, politicians created “People’s Summer Music Festivities”. The forum had the mission to involve the Bulgarian society in the models and new phenomena in the musical culture.

During the Second World War, the Festivities were cancelled. It was as late as 1957 when the memory of the Festival was revived by the summer cultural program “Varna Summer”. Ten years later, the event acquired its current conception as International Music Festival “Varna Summer”. The example set by the initiators in the remote 1926 quickly formed the image of Varna as the Festival Capital of Bulgaria.

The project is based on long-term studies. It is a collection of films, television and radio broadcasts, interviews, pictures, posters, programs, documentary recordings. Their publication complements the scarce ideas of many artistic celebrations. It offers orientation. It suggests possible directions. It fills in the blank spaces in the far and near past.

The project is realized with the kind support of the National Fund “Culture”.