The festival was founded after the initiative of the Bulgarian Association for Theater, jointly with the Varna Municipality and the Ministry of Culture. In 2004, specially for the needs of the Festival, there was created the Foundation “VIA FEST – International Theater Festival Varna Summer”. The board of trustees of the Foundation includes the actress Tsvetana Maneva, and the drama specialists Nikolay Yordanov and Asen Terziev. Initially its range was national, but after 1995 it acquired an international character.

Since 2007 jointly with the Sofia Municipality there has been a replica of the Festival in the capital city – “World Theater in Sofia”. Gradually its program has widened its range and has aspired to form a specific profile by programming spectacles workshops, conferences, specially invited to happen only in the capital city.

Since 2011, in partnership with the British Council – Bulgaria it has broadcast live in cinemas spectacles of the Royal National Theater in London (NT Live). In 2014 together with the Foundation “America for Bulgaria” it realized the project Metropolitan Opera Live from New York” (Met Live).

The Festival is held in the halls of the Drama Theater, Stage ”Filial”, Festival and Congress Center, the City Art Gallery “Boris Georgiev”, the Puppet Theater – Varna, the English Yard of the Archeological Museum, the Navy Club, open-air spaces in the central city part. 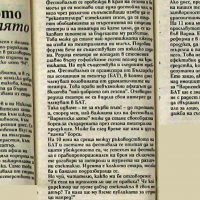 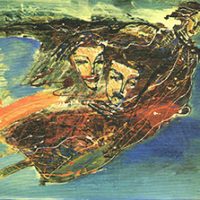 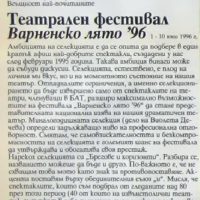 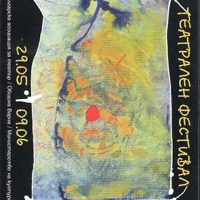 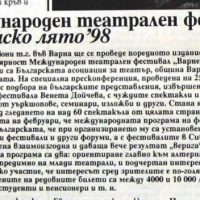 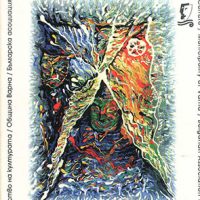 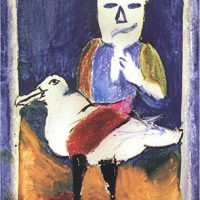 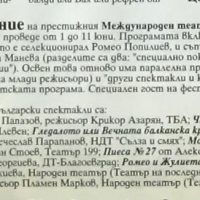 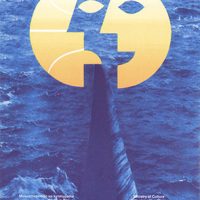 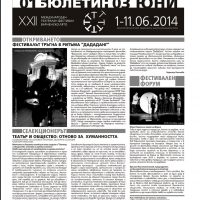