The Competition was founded after the initiative of the Association for Bulgarian – Czech and Slovak Friendship – Varna and its long-time president Assoc. Prof. Konstantin Troshev. Initially the participants were students from the Music School “Dobri Hristov”, but after 1989 it turned into a national event. 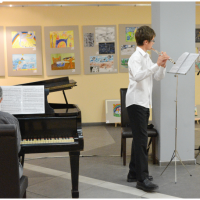